Premiere of the new Hulu TV Series ‘The Handmaid’s Tale’ with Elisabeth Moss. Based on Margaret Atwood acclaimed novel. The main character played by Moss, Offred, is the Handmaid assigned to a Commander and his wife in Gilead. A society ruled by a fundamentalist regime that treats women as property. Offred can only remember the […]

At the Tribeca Talks during the Tribeca Film Festival.Directors Series. Four times Academy Award-winning filmmaker Alejandro González Iñarritu talks about his various films such as Amores Perros, 21 Grams, Biutiful, Birdman and The Revenant.

‘Dear Basketball’ is an emotional and beautiful short animated movie inspired by Kobe Bryant’s poem. Directed by veteran animation director Glen Keane and with the wonderful music of legendary composer John Williams. The Animated Shorts are curated by Whoopi G at the Tribeca Film Festival.

At the ZFF with Ana M Montero 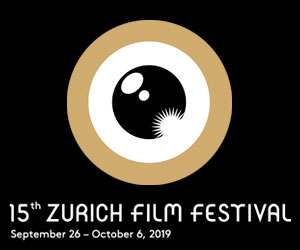